The Skydome recently visited our school during Science Week and our Second Years were invited to see it. This is an account from one of the students who visited the dome;

“On Thursday the 8th of November all of Second Year went to the Sky Dome in the hall at different intervals throughout the day. Before we went to the Sky Dome we were told that it was a ‘Surprise’ and I’m glad our Science teachers didn’t tell us because it was an amazing experience. It was like a little auditorium but it could fit in our school hall. Firstly we went into the dome, which was shaped like a massive blue slice of an orange but twice your height, dark blue on the outside while white on the inside. With a projector in the center and it was inflated by a generator, much like being in the belly of a bouncy castle. We were split into three groups and had to enter at speed to avoid it deflating.

After getting seated we were given a brief talk on the skydome and a outline of what we would be doing. Then we were told to relax and look up. It was like we were blasted into space, we went up, up and up through the clouds until we left the Earth behind. Rocketing past the Moon, then the Sun until we came to a halt at Saturn which was floating above our heads at this point. We were given a talk all about its rings and how it was first spotted in the sky, the names of its moons and how an asteroid from this belt wiped out the dinosaurs and covered the earth in ash for hundreds of years. We followed the asteroid through the belt and until it reached its destination and how the Earth has changed since then and how much it still will if we don’t do anything about it. After this we were shown the different constellations of stars and how the Neolithic farmers used them to farm and how the stars have affected us throughout our generations.
It was a great distraction during a school week and brought the idea of Science week alive.” 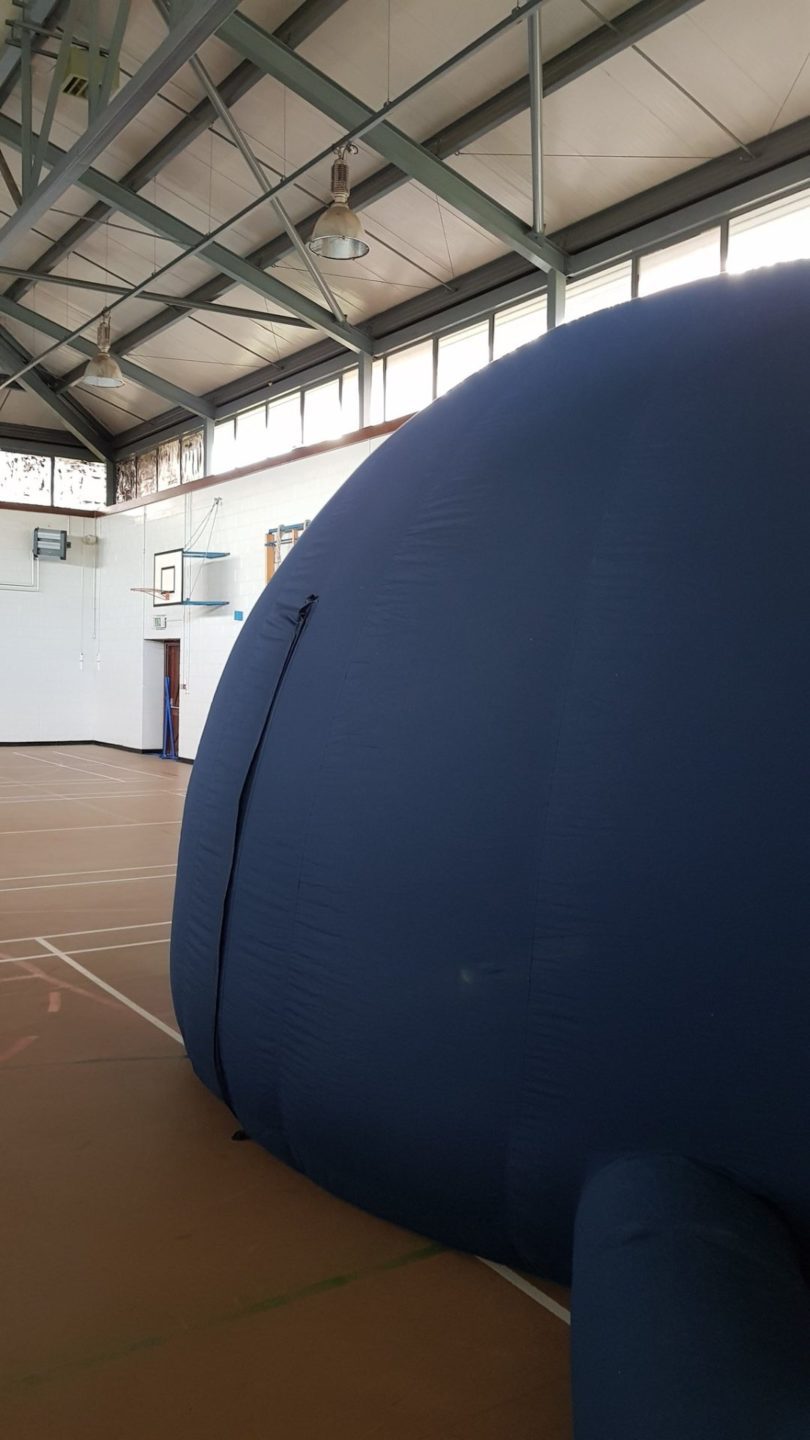 Be Active At Home with SDCSP

Board of Management Meeting Tuesday 28 January 2020